One of the popular beginning mods for the newer Audis is replacing the yellow-hued halogen interior lights with LEDs to make for a sleeker look along with better visibility at night. While places like ECS charge upwards of $100 for the Ziza kits to do this, I found two $7 kits on Amazon which when combined allowed me to replace all of the interior (including footwell, glovebox, and trunk) lights with LEDs. Prime shipping got them here in two days.

A few months ago I ordered a very basic plastic bone tool set, also from Amazon, which was a major help at taking apart the interior pieces of trim to access the light sockets. 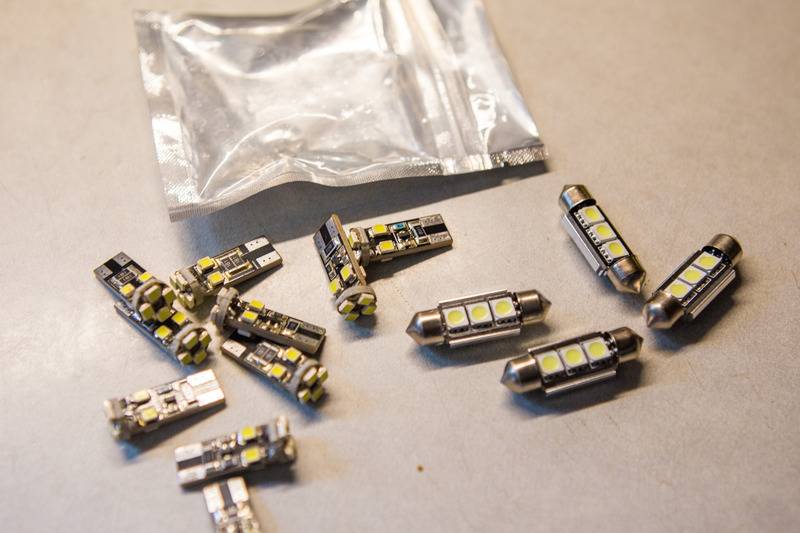 The first step was to replace the overhead console lights. Using a T25 or so Torx inside the sun glasses holder, I was able to then remove the console from the headliner and get inside to replace the first two dome lights. These were done separately from the map lights. 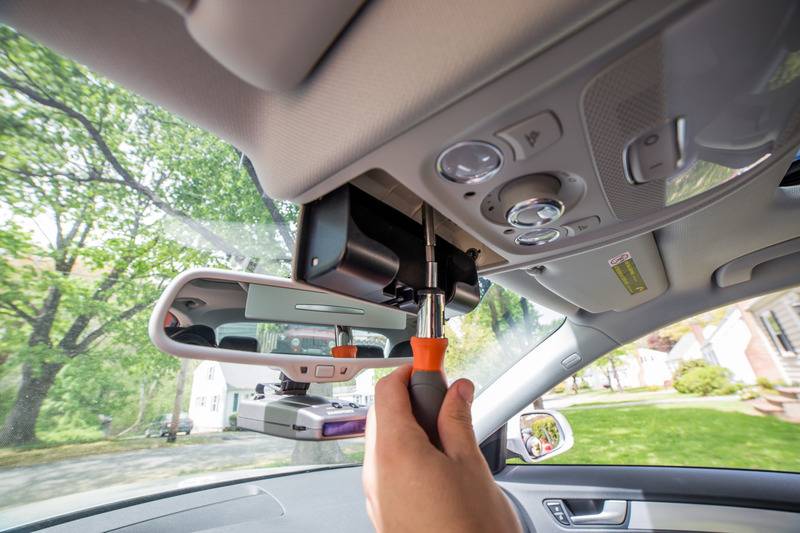 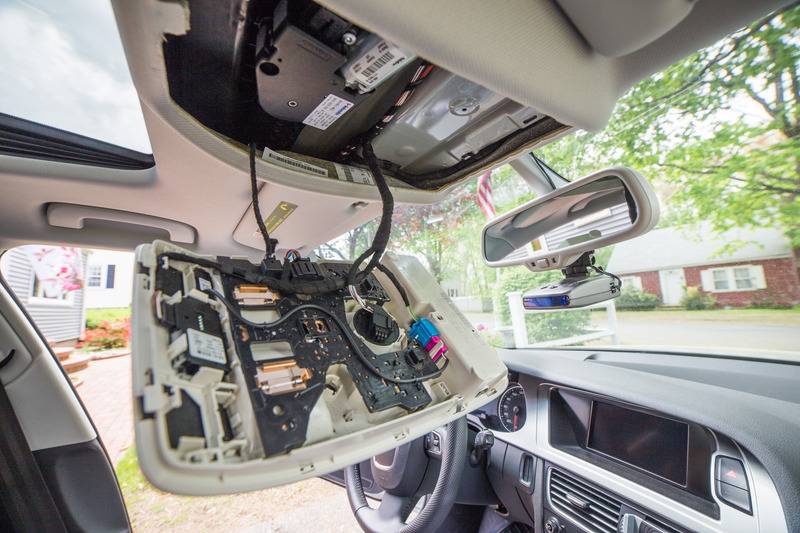 In this picture you can see the difference in the map lights between the LED and halogens. 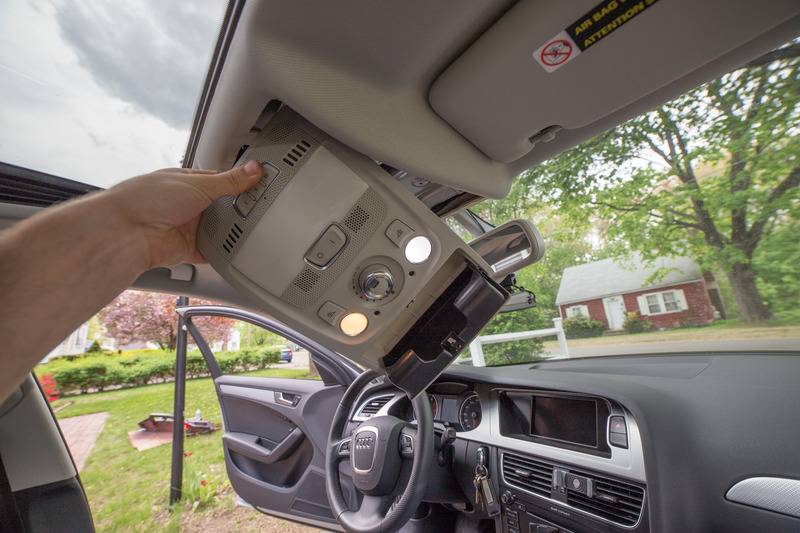 From there it was simply going around and replacing the map lights front and back, the vanity mirror lights, door puddle lights, trunk, and the most difficult, the glovebox. My hands could not for the life of me keep a hold on the glovebox assembly to keep it from pulling back behind the box. Luckily I got it with a pair of pliers, and all was well afterwords.

The kit, for $14 total, was worth every penny. I could replace it 7x over and still have paid less than for the Ziza kit. The only pain is that the LEDs are polar sensitive, so it's easy to plug them in backwards and have them not work. Trial and error. The interior look has been completely transformed now, and does a much better job at matching the overall appearance of the signature Audi LED running lights at night. 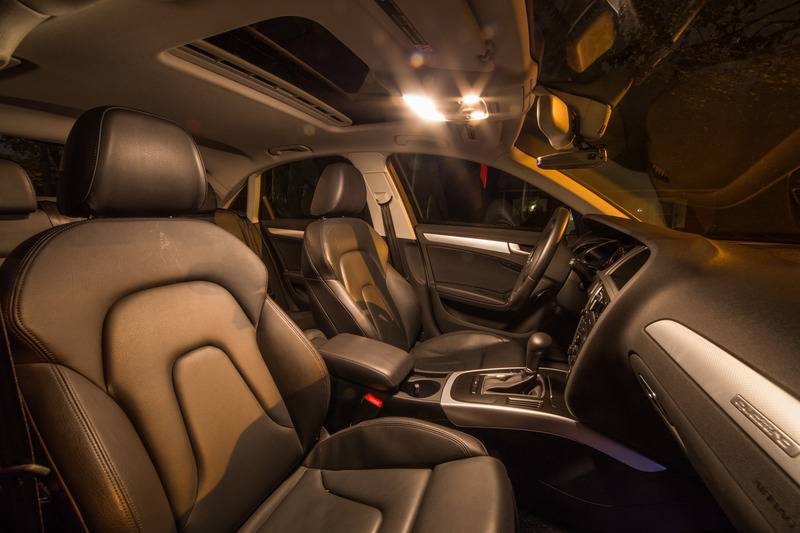 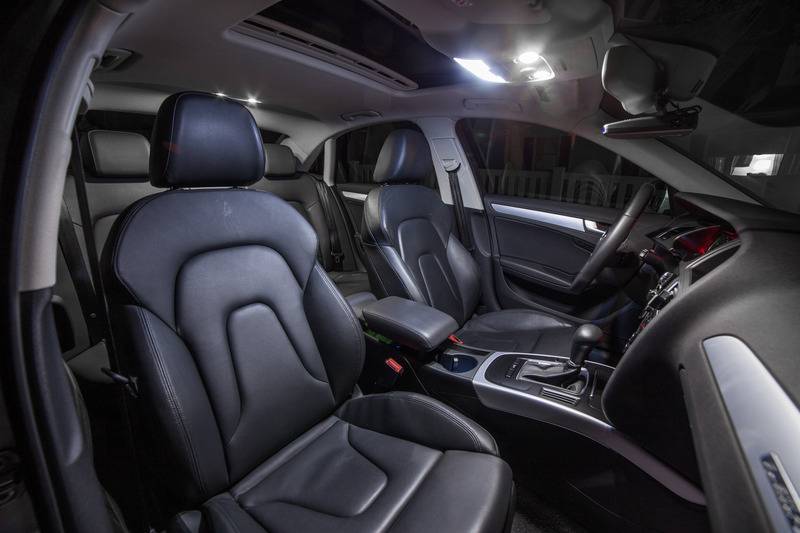 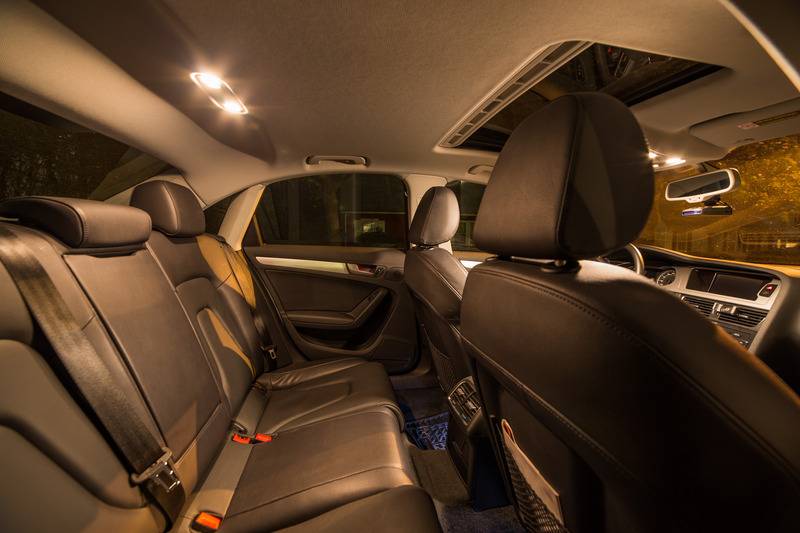 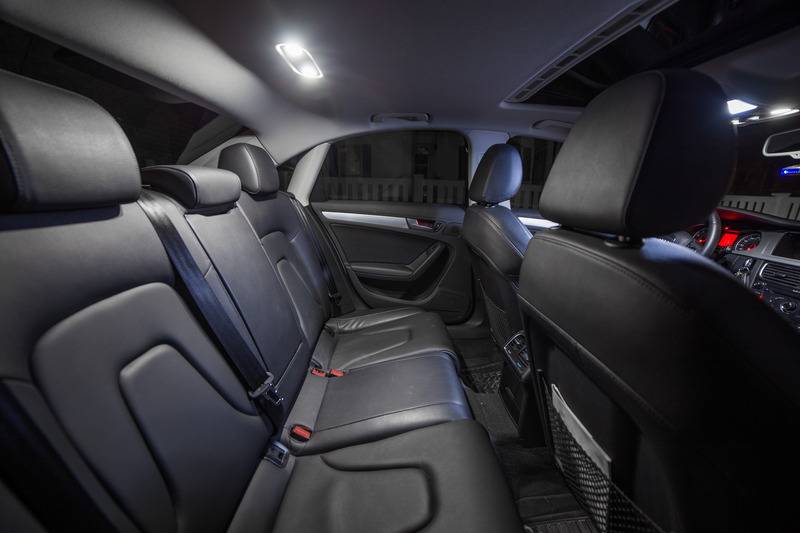 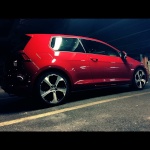 Similar topics
» Interior Jerry Can Mount
» Northern Colorado Audi
» Audi A4 B6 Avant
» Heater for the RZR
» Harness and Bar.